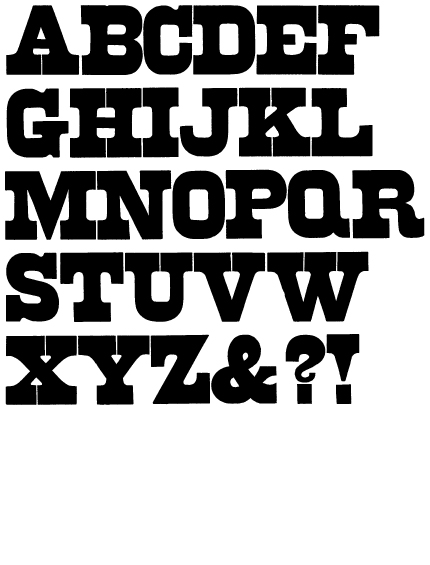 This type measures 10 line in size and was produced with the end-cut method. The type block is stamped Hamilton, Two Rivers, Wis.  which was used by Hamilton between 1891–1950s.

This face was first shown as wood type by William H. Page in his 1870 Specimens of Wood Type.

This cut of Aldine was shown in  American Wood Type  on page 265, but was not shown in the folio.

Hamilton Aldine or  No 23

This cut is the Hamilton cut.

In American Wood Type Kelly stated that he believed this design to have originated as a wood type in America.