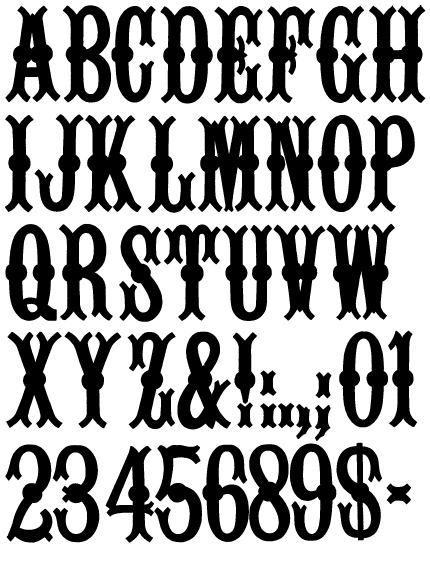 This type measures 16 line in size and was produced with the end-cut method. The type block does not have a manufacturer’s stamp.

This face was first shown as wood type by Alexander Vanderburgh and Heber Wells in their 1879  Specimens of Wood Type.

This cut of Kurilian No 2 was shown in  American Wood Type  on page 291 and in the folio on page 27.

This is the Wells cut.

Kurilian No. 2 seems to have only been shown by Wells, and does not appear to have received a Hamilton catalog number after the acquisition.

Kelly labeled this as Kurilian, Eureka  in American Wood Type  and said that it was shown in the 1880s.