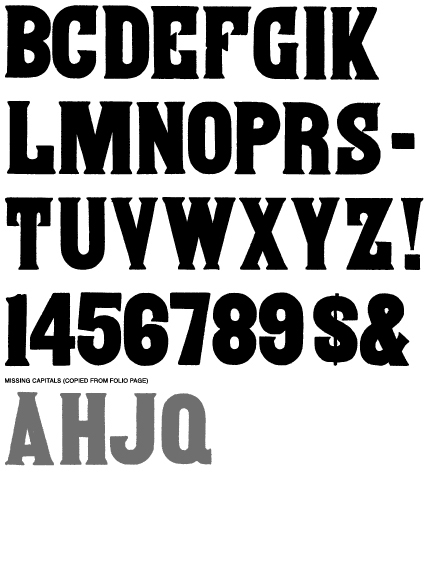 This type measures 6 line in size and was produced with the end-cut method. The type block does not have a manufacturer’s stamp.

Though it originated with Page in 1890, this face was only first shown as wood type by J.E. Hamilton in his 1896  Specimens of Wood Type.

This cut of No 624 was not shown in  American Wood Type, but was shown in the folio on page 94.

This is the Page cut.

Tubbs does not include slanted small caps of this design in his c.1904 catalog.

Kelly noted the numerals as missing in the folio and listed the type as “No name.” He also stated that design was only cut by Page Company.