The RRK is a collection of American nineteenth-century wood type assembled by the noted design educator, collector, and historian Rob Roy Kelly1 (1925–2004).

Kelly began collecting wood type from local printers in the late 1950s for use by his students at the Minneapolis College of Art & Design, and continued adding to the collection over the next decade. He started researching the history and manufacture of American wood type partly in response to his students’ questions about it.

In early 1966, unable to maintain the unwieldy assortment of wood types he had gathered, Kelly sold the collection to Dr. Bernard Karpel, head librarian of The Museum of Modern Art in New York. Later that year, Dr. Karpel sold the collection to the Humanities Research Center—now known as the Harry Ransom Center (HRC)—at The University of Texas at Austin. Through the work and guidance of the HRC’s Richard Oram and then-Assistant Professor of Design Gloria Lee, the collection was transferred in 1993 to the care of the Design Division of the Department of Art and Art History in the College of Fine Arts.

In 2004 David Shields joined the Design Division and began the work of organizing the RRK. He also took on the substantial task of correcting and updating the historical information about the types in the collection, most of which had not been revised in the 40 years since Kelly’s original publications. In the process of cataloging the collection, Shields uncovered a number of previously unidentified types. These discoveries expanded the known holdings from the 100 faces Kelly had previously published to over 160 faces, plus a wide range of ornamental borders and decorative material. In 2008, Shields became the Design Custodian for the Collection and in 2009 launched the first website dedicated to the RRK’s holdings. Shields subsequently left the University in the summer of 2012.

Kevin Auer joined the Design Division as a half-time Letterpress Lab Technician in January, 2014, and has served since that date as the Design Lab’s technician, manager, tour guide, and host for many printing events and workshops featuring the RRK collection. Since spring 2016, Auer has also served as a part-time Lecturer in the Design Division, offering letterpress and book construction courses. He also maintains the RRK Facebook feed, and took many of the photos that grace these pages. 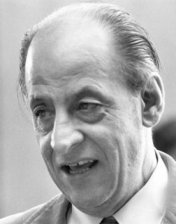