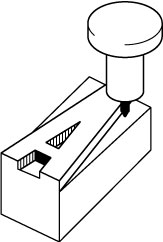 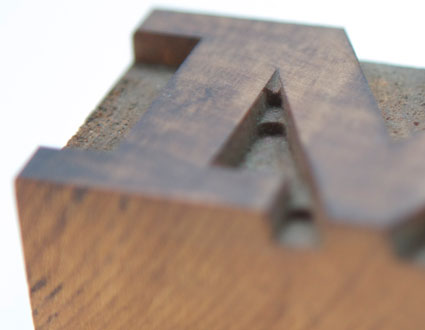 All manufacturers used the end-cut method to produce wood type. This method consisted of routing the negative shape around a letter out of the face of a type-high block of hardwood.

While in partnership with David Bruce, Jr., Darius Wells developed the mechanism that would become the basis for his invention of the lateral router in 1827. This made the economical production of wood type possible. In 1834, William Leavenworth and A.R. Gillmore adapted the pantograph, a mechanism used to copy draughtsmen’s drawings, by combining it with Wells’ lateral router. The combination of the router and the pantograph allowed for the mass mechanical production of wood type. 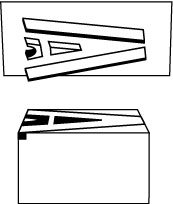 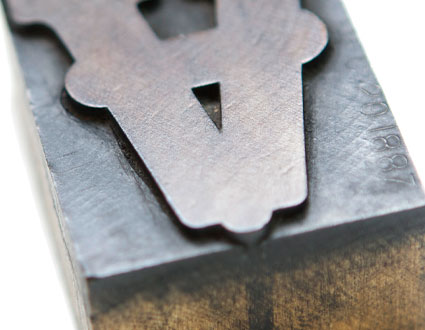 The die-cut method consisted of stamping a type-high block of hardwood with a thin steel punch fashioned to match the contour of the letter. Early versions of this method required the type be finished by hand, since it was necessary to remove the remaining wood left in the negative area around the contour. Later refinements finished the entire letter with one stamping.

The die-cut types were produced by the William H. Page Wood Type Co. Precursors to the die-cut method were developed sometime after 1828. T.L. DeVinne recorded the improvements to the tools used by Wells in conjunction with the router, including the use of patterns made of brass sheet instead of hand-cut cardboard patterns and “cast-brass patterns, with elevated edges, which when pressed in the wood, both marked and engraved the outlines of each type.”3. This seems to clearly describe the basic components of the die-cut method. In 1852, John McCreary filed for a patent on a die-cut process; the patent—U.S. Letters Patent No 9,454, issued December 7, 1852—described many facets of the method later used by William Page in 1887.

George Setchell entered into business with William Page in 1881. Together they patented improvements to the die-cut production method between 1887 and 18894, largely to counter the price competition from Hamilton’s Holly Wood Type. In 1889, Setchell sold his interest in the William H. Page Wood Type Co. to Samuel Dauchy. Dauchy became president of the company and oversaw the acquisition by Hamilton Mfg. Co. in 1891. After the acquisition of the William H. Page Wood Type Co. in 1891, Hamilton continued using this method until around 1906. 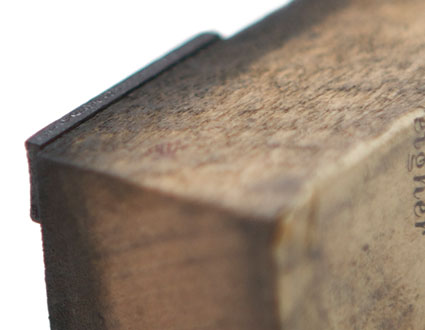 The veneer types were produced exclusively by the Hamilton Manufacturing Company. J.E. Hamilton invented the process in 1880, in Two Rivers, Wisconsin. Cutting the letter design from a thin piece of holly wood, the letter was then affixed to a wood block. This was sanded and polished on the printing side, after which the back was planed to bring the block down to type-high. At the time, this was a major innovation in wood type production, allowing Hamilton to sell his Holly

Wood types at half the cost of his competition, who were producing wood type with the combined router/pantograph.

This less expensive production method gave Hamilton an economic advantage over his competitors. The Hamilton Mfg. Co. was able to acquire all of its major competition, including Page, Morgans & Wilcox, and Heber Wells, during the 1890s. Tubbs & Co., the last major competitor from the nineteenth century, was acquired in 1918.

Hamilton added the end-cut method to their production in 1888, and phased out use of the veneer method around 1890. After the acquisition of the William H. Page Wood Type Co. in 1891, Hamilton gained the machinery to produce type with the die-cut method. They continued using this method until around 1906.

While Kelly described the process referred to as celluloid or enameled, the collection lacks examples of types made by that process. Celluloid type was produced by either (1) fusing the wood block with celluloid then routing through the coated surface and wood together, or (2) die-cutting and hot-pressing a layer of celluloid into the surface of a wood block to cut the letter and seal the surface simultaneously.